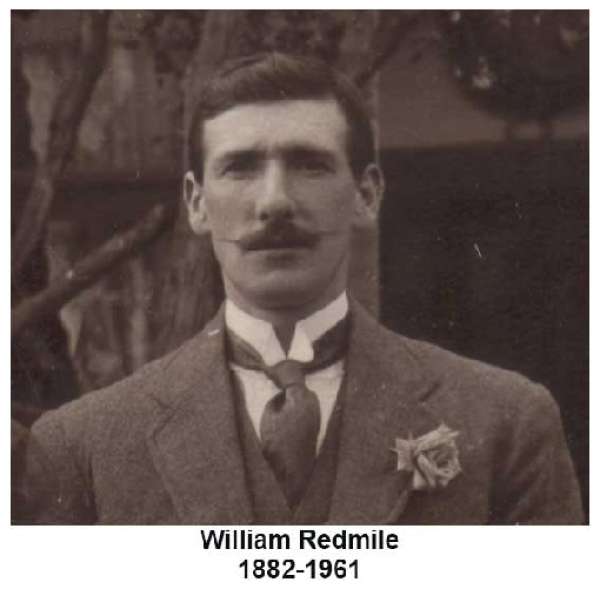 The Redmile family has lived in Sheffield for over a hundred years but did not originate here. How the Redmiles came to Sheffield is one example of the growth of the steel industry in Sheffield, from 150 years ago, attracting people from far and wide where employment might have been more difficult to find.

Thomas Redmile was born around 1794 in Carlton, Nottinghamshire and was a hose trimmer; in other words working in the Nottingham cotton and lace industry. He had a number of children and his son, Thomas, born in 1830 in Kimberley, Nottinghamshire, was a journeyman cotton bleacher. He moved to Bulwell, Nottinghamshire where he and his wife, Sarah, had numerous children. 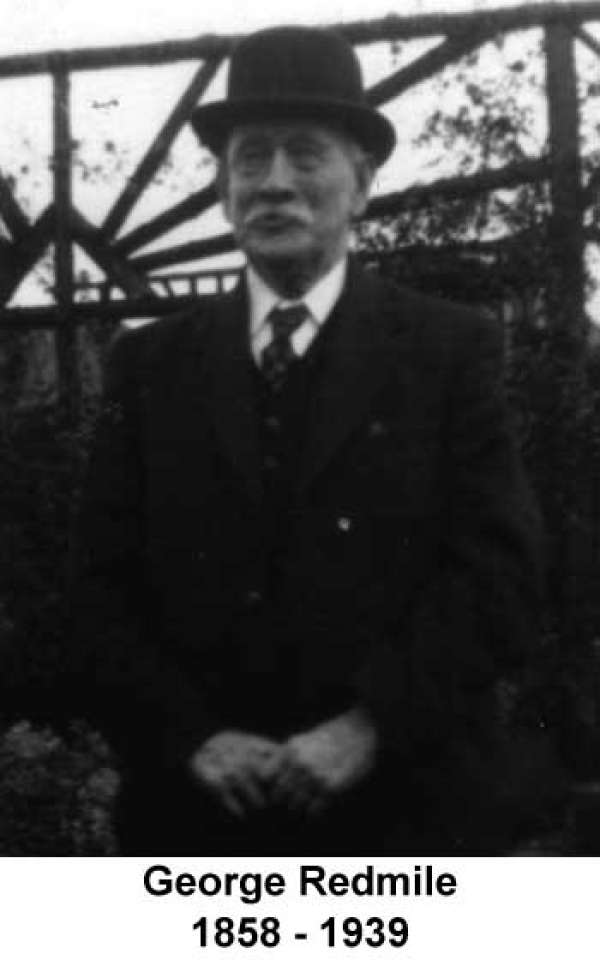 The eldest, George (1858-1939) married Betsy Thorpe (1858-1926). George Redmile did not go into the cotton industry but became a joiner. Perhaps the lace industry was in decline because one of his brothers became a mechanic and two others coalminers. George and Betsy had eight children starting with George (1878-1903), born in Bulwell and finishing with Arnold (1904-1976) in Sheffield. 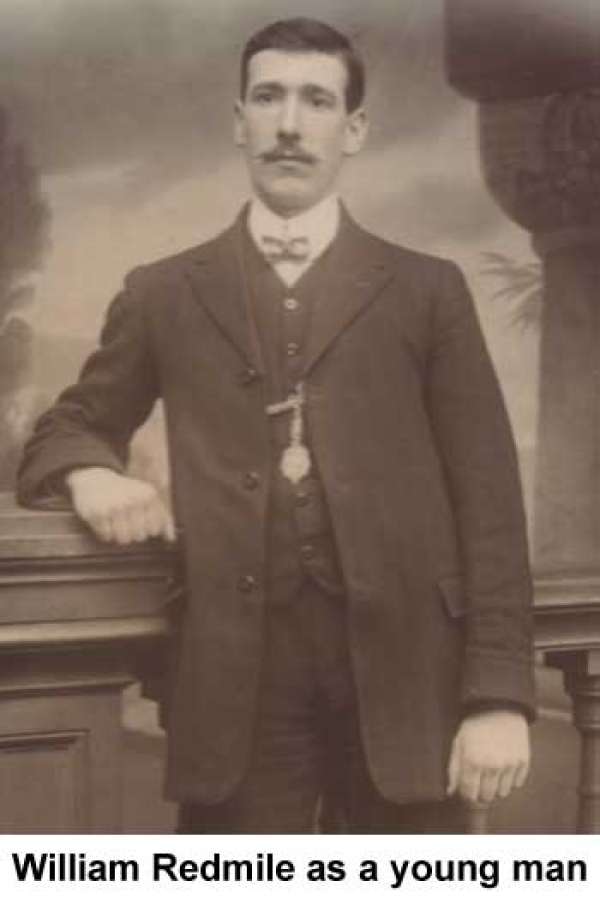 William Redmile (1882-1961) was born in Bulwell. There is a school prize given to William by the Nottingham School Board in 1888 and another by the Sheffield School Board in 1893, so sometime between those years George Redmile moved his family from Bulwell to Sheffield. At that time Sheffield was an expanding boom town and a magnet for labour, mainly for the steel and cutlery industry. More importantly for George, there was a high level of new building taking place which was an obvious reason for a joiner seeking work to move here. We are fairly sure that he worked on the pagoda style roof of the Locarno in London Road which still exists, but otherwise do not know where he worked. All George's sons went into the building trade, George (junior) and William being known to be joiners. John Thomas (1888-1949), Curtis (Born 1895) and Arnold all set up their own building companies. 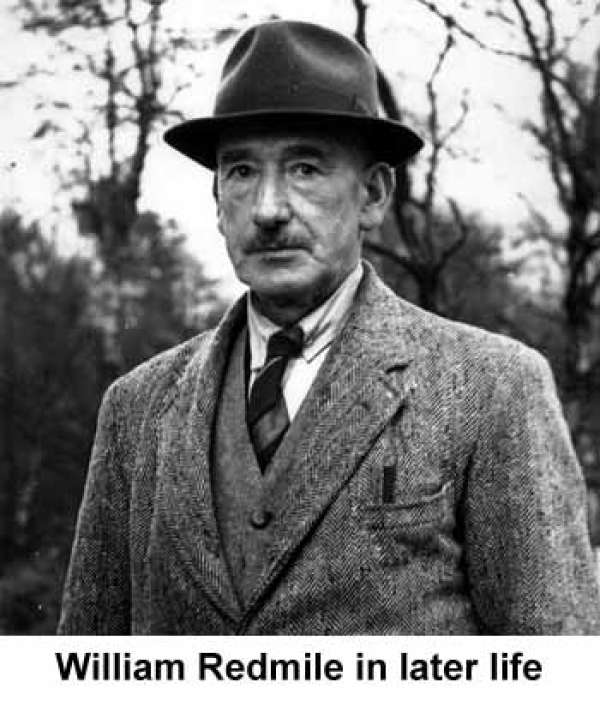 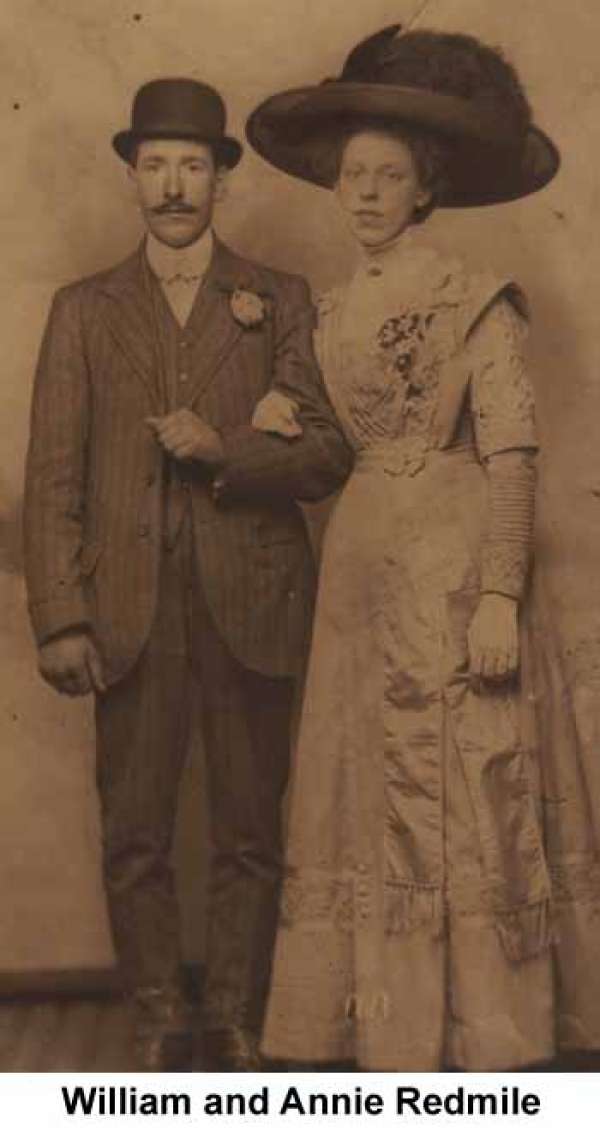 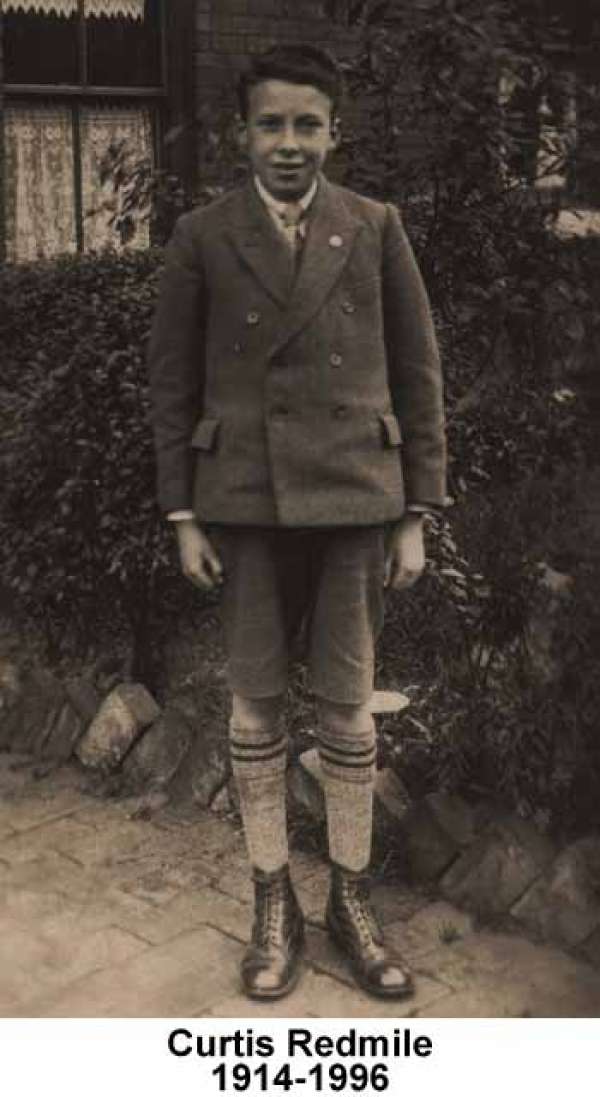 Having seen their father help his brothers set up in business, they persuaded him to set up on his own account and W. Redmile and Sons was born in June 1933. Although Curtis had been apprenticed to his grandfather (George) for seven years as a joiner, he and Bill needed to be able to lay bricks and stone, lay roof tiles and be general all-rounders. To start with they worked as sub- contractors not only for their father but also for other builders until the company grew large enough to employ them full time. The original Cash Book, running from July 1933 until October 1941, still exists and is a fascinating document. 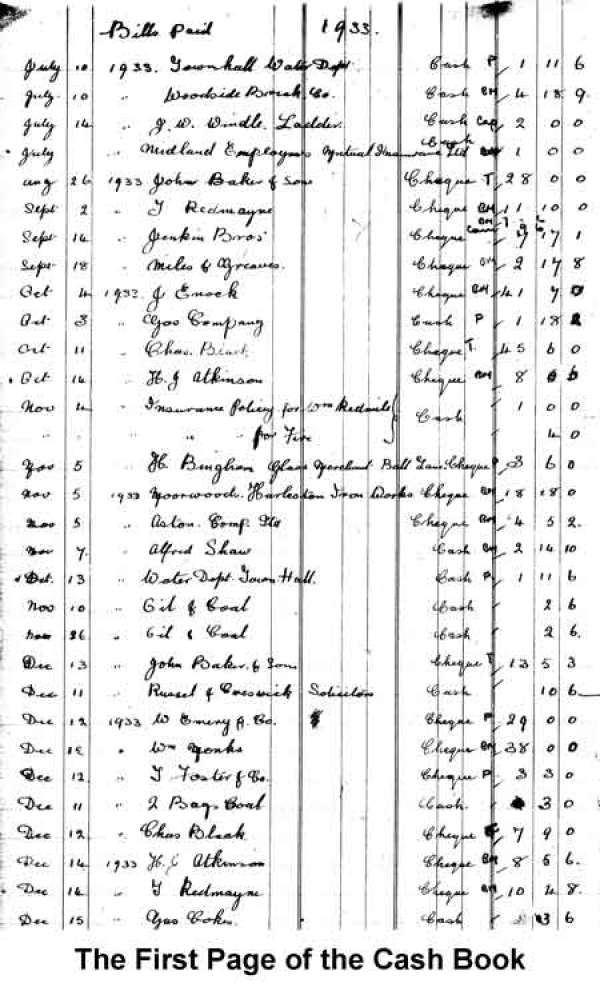 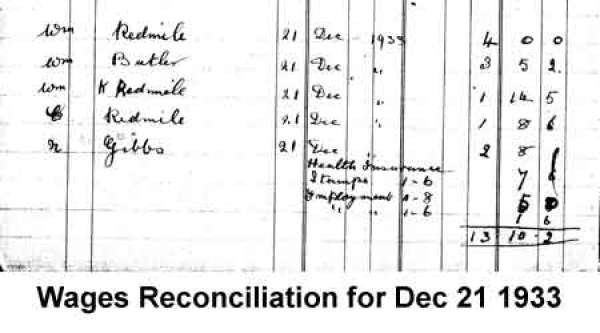 The life of a small-scale building company went fairly smoothly. Bill married Madge Ward (1914-2006) in 1939 and moved into their new house which the company had built in Dobcroft Road. William, Annie and Curtis moved next door when their house was finished in 1940. The coming of the Second World War was not only a shock to the nation but potentially ruinous to the company. It had built a number of houses for sale at Gleadless and Beauchief and suddenly nobody was buying houses. These all had to be rented and Bill and Curtis, who had both failed their medicals and were rejected by the armed forces, had to go into the Laycock Engineering Works on Archer Road where they remained until bomb damage required builders to repair the damage. The first bomb fell in Sheffield on the night of August 18th 1940 and the last fell on July 28th 1942, with the two worst nights being 12th and 15th December 1940 when much of the centre of Sheffield was obliterated. Over 40,000 people were made homeless, a total of 3,000 homes were demolished, another 3,000 were badly damaged and 72,000 properties suffered some damage. The company also participated in other war work including airfield construction as far south as Ashbourne. In 1941, Curtis married Kathleen Corthorn (born 1919) and they started married life living with William and Annie, until they were able to buy a plot of land higher up Dobcroft Road and build a house which they moved into with their young family in 1947.

After the war there was a tremendous housing shortage and the company was contracted to build houses for Sheffield City Council on the Council Estates at Parson Cross and The Manor. In November 1946, W. Redmile & Sons became a Limited Company. During the late 1940s, 1950s, 1960s and early 1970s contract work was plentiful with council houses and schools being built, hospitals being extended and industry, commerce and banks requiring new or extended premises around Sheffield and North Derbyshire. Perhaps the most prestigious contract was the construction of Abbeydale Boys Grammar School in 1958, but this was only one of many major works which the company completed. 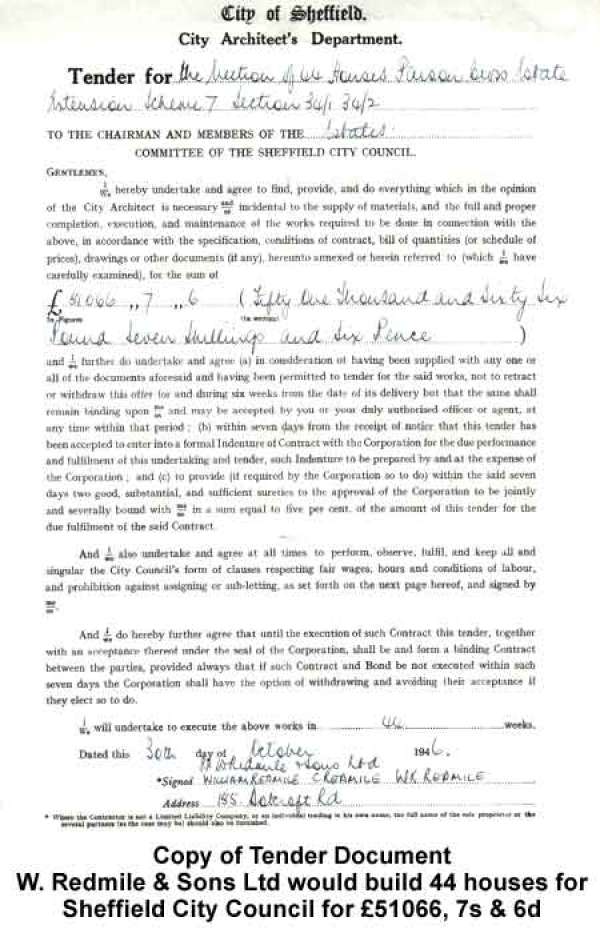 The life of a contractor is always a fickle one and before 1950 the company had started looking for land so that it could build houses for sale on its own account which would provide a more stable occupation. A piece was bought at Gleadless from Florence Redmile, the widow of John Thomas Redmile (1888-1949) and then in the early 1950s, Curtis took the gamble of starting to buy land in Dronfield, which at that time of limited car ownership seemed to many to be a long way from Sheffield, eventually building thousands of houses on the Holmesdale and Hallowes Estates. Other houses were built at Birdwell, Stannington, Woodhouse, Killamarsh, Chesterfield, Baslow, Brook Meadows, and Mosborough.

William Redmile died in 1961 and from about the same time Bill's health began to fail. By the time Bill died in 1969, Curtis had already assumed all the responsibility for what was now a major company. He never formally retired but from 1980 his own health began to decline and he died in 1996, by which time his son had become Managing Director. 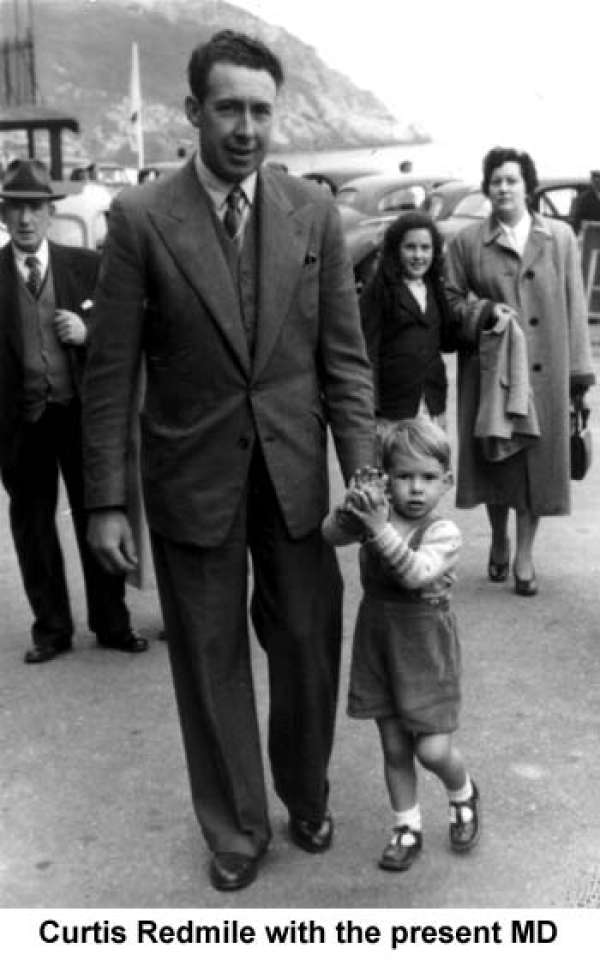 Bill's son Gordon William (born 1943) joined the company in the 1960s and retired in 2004. In about 1980 when it was realised that trading conditions had radically changed, the company took the decision not to accept outside contracts but to concentrate on its housing operations alone.